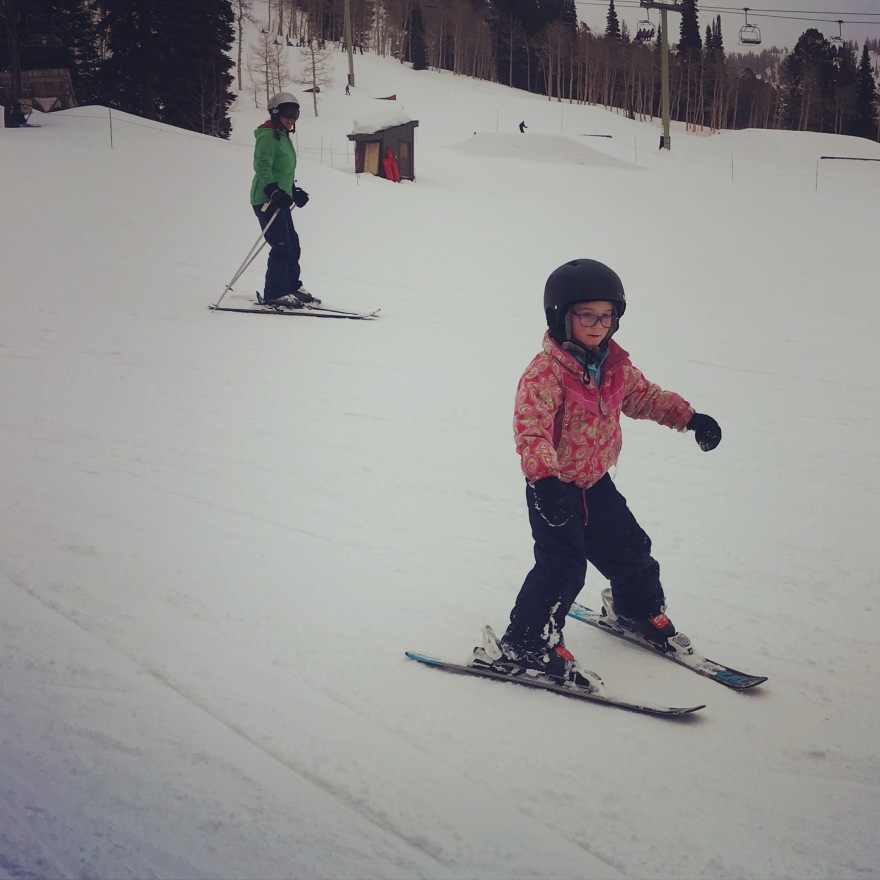 what a difference a week can make.

Once DW returned home from Cali, he helped to un-stuck the truck and the side-by-side, and we busted our way to town for family dinner at the Cowboy.

Tuesday was his birthday. we all piled into the side-by-side at dawn and began our daily journey to town. we switched into our townie-truck at the corrals, and continued to plug along the road as morning officially changed to day. we dropped the homies off at their wee little schools and had the day to ourselves. the first since Banff.

we went on an adventure ski. same as one of our very first dates. we drank late-morning beers in the sunshine and listed the many ways we have it so good. we needed the day that we had.

Wednesday, the homies pushed off at dawn again. i left a little later. i skied to the townie truck and drove it in to teach yoga. the conditions were sort of crummy for skiing…but i still couldn’t stop smiling. i kept thinking “i have to ski 5 miles, to drive 7 miles, into a town in the corner of Wyoming, with a population of less than 1,000, to teach yoga!” how on earth did i fall into this life!!!!???? it could be the worst nightmare for some humans. for me, it is beyond my wildest dreams.

On Friday, i finally broke free! We made it over to Targhee for our first family downhill day!

The weekend was off-the-hook fun…and relaxing too. We visited with Parker and Mungbean on the way over. Had pizza and played bubble hockey in Victor…where we accidentally ran in to Czas and Buff. Checked into our at-the-base-of-the-hill, not renovated since 1974, hotel room in the dark. Peeps jumped from bed to bed for an appropriate amount of time.

We woke up to a lazy morning and a left-over pizza breakfast. We herded up with allthepeople to rent skis for the wee peeps and made it to ski school on time. They were filled to the brim with nerves and excitement…so was i…i wanted it to go well so desperately.

Brit joined us for the day…and it was such a treat! We snowboarded a few runs (and peeked in on the lessons a time or two). I decided after lunch, to learn to ski. It had been 25 years since i last stepped in to downhill ski boots. and i HATED it then. like hated hated hated it. i never got it. i never felt it. i was not integrated enough at 15. i made multiple attempts in high school…all with the same ending. i would get to my limit, take off the skis, walk down the hill, and meet everyone later in the lodge. i played Pole Position inside instead. it was usually fraught with emotion too. it was before i knew i actually had access to controlling my own central nervous system – so i allowed it to go haywire.

turns out that learning a new skill at 40 comes with its share of bumps, bruises, and physical displeasure. luckily i’ve learned to combat that too. i iced my knee and hot tubbed on Sunday…several times. i yoga-ed morning and night. i went for a snow shoe jaunt today…and now i feel close to normal.

we drove to Jackson apres apres-ski Saturday. we got to see Mungbean and Parker again…this time with Barry and we shared a delicious meal together. it filled all the parts of me that weren’t already full.

we had another lazy morning Sunday. The peeps jumped from bed to bed…but they were further apart this time. they watched cartoons in the hotel (that they have never seen before), DW read a book, and i stretched. Crit began a thank-you card to her ski instructor on the hotel stationary. it rained all morning in Jackson, so our plans to x-country ski in the park on the way home were thwarted. we ran some errands and into Czas and Buff accidentally, again. we had a gross lunch at a gross Mexican place. i declared that i would not like to go there again (it has become a standard Jackson thing for the fam…but i’m ready to find a new standard thing).

When Team Neidens is intact, we crush it. We had such a fabulous time together on our winter road trip. It was just a preview and practice for our upcoming vacation. We fly to Florida on Thursday…for 10 sun-soaked days. i can barely hold-it-together till our flight takes off. we missed our Florida vacation last winter, so it is extra-specially exciting.

i have only one more week this winter that i have to do this on my own. i will be ready when it comes…but i am certainly basking in the interim when the four of us work together to be filled with joy in the winter wilderness. 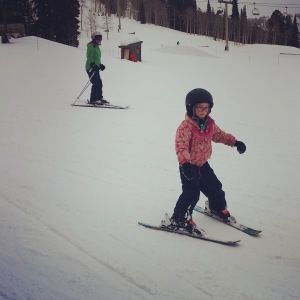 One thought on “It Was, In Fact, Just Temporary”