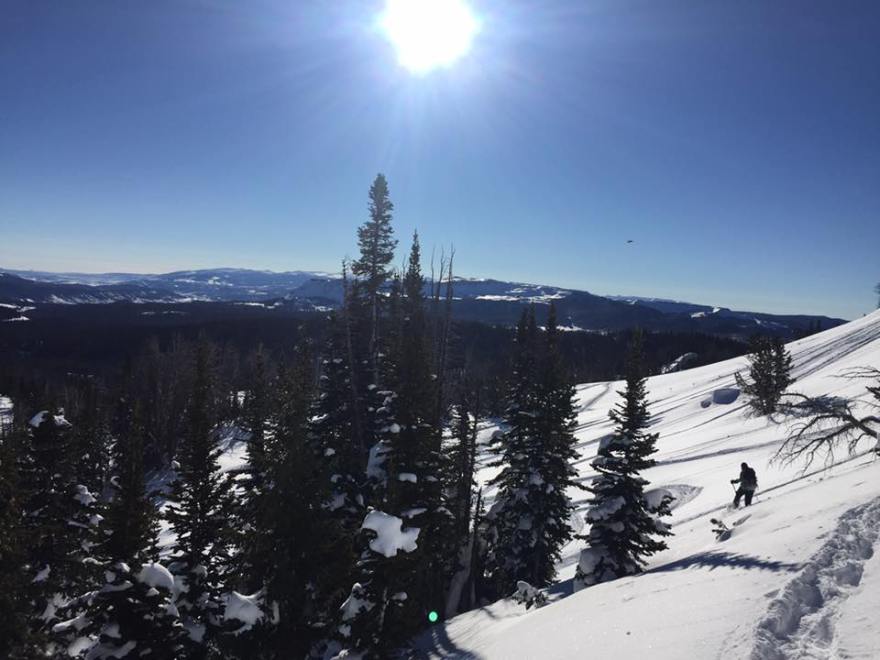 i was up and at ’em in the 5’s. ready to tackle back-to-school-Monday.

i decided that this should be a week of no coffee. so i boiled the water for tea and got to making Banana Oatmeal pancakes for breakfast. woke the peeps at 6:15 and carried each of them out the kitchen. Packed Crit’s lunch, and then began to get-my-act-together for spending the day in town and all the transitions it would entail.

The truck spit and stuttered to a start. The thermometer read -16.

Howling Wolves were dressed by the time i got back inside (that doesn’t happen everyday).

We left in the dark a little after 7.  Kept the plow blade mostly up, but had to tidy up a few spots along the route. We parked at Drifter Flats and i jumped into the Tundra to start it. It had warmed up to -9. yee haw.

we waited to for the truck to begin to defrost, only we were running out of time. so we piled in, and peeked through the small frostless spot in the windshield. By the time we reached town, the sun was up and the windshield was clear. i sure have been missing the heated seats of the Subaru this winter!

Dropped off one homie, and then the other. and then parked it at the Coffee Shop. It was only 8:00am.

By 8:30, i was in Shank’s truck, headed up the pass for my first snowshoe adventure of 2017. we went a ways up Two Ocean mountain. it has been several seasons since i’ve had the chance to tromp up that hill. It made me feel a bit nostalgic for the daysthatusedtobe. Two Ocean was a standard route for me. For a few incredible winters, i was out in the snow close to everyday. I worked from 7-9am, and then went up into the hills. I returned after lunch, worked all afternoon, took a break for happy hour and dinner, and worked again before bed. It was the best schedule i could have ever asked for (i guess that’s why i asked for it). I am NOT a 9-5er. I knew that long ago, and have attempted to avoid that lifestyle as best i could. Its a big part of how this SAHM thing works for me.

The hike was great. The trail was meh, but being out and being up there was terrific. Blue skies, no wind, good buddies, happy-as-a-lark.

Returned to town in time to scoop Box up at Pre-K and take him on a date to the Coffee Shop. He ordered us our regular. We returned library books and retreated to the camper trailer. Its been a while since we spent time there, so it was sorta kinda fun. We scooped up Crit at 3:30 and headed north on Horse Creek Road. At Drifter Flats, we transferred allourstuff and loaded back up into the plow truck. Someone chose to cut firewood in the middle of our one-lane 6-mile driveway. So we had some plowing and clearing to do.

We made it back in the door at 4:30pm. we hot tubbed before dinner. while it was still light outside. it was a lovely transition. While we were soaking, Crit asked about our 2017 goals. about why we haven’t been “doing them”. Good Question little crusher.

After we checked-off our winter goals, we made ones for 2017. Crit would like to do 10 pull-ups, Box would like to go across the monkey bars by himself, Deep Woods wants to do 15 pull-ups, and i’m hoping to strengthen into a handstand. We were all off to a smashing start, and then we veered off. She suggested we work on them first thing in the morning, before they come out to the kitchen for breakfast. and today, when i went in to wake them,  Box went back and forth across the monkey bars (with assistance), and Crit did 10 pull-ups (with assistance). I think Cross Fitters call that scaling. anyway, it was the first thing they did this morning, and it was kinda rad. they came out, drank water, ate a great breakfast, chose a terrific lunch, got themselves together and organized.

when i went to start the truck, it was only -3. heat wave. again, we headed out a bit after 7. but because it was warmer, we had a little more time. I drove slowly out to Drifter Flats. I didn’t plow at all. The snow has begun to set and settle and the wind has finally bowed out for a few days. we plugged along and noticedallthethings. there are tracks galore out here and the story changes everyday. the moon still sat high in the sky this morning and they claimed it was following us. they noticed the change from darktodawntomorning. we travel through it everyday. in all its Wyoming extremes. and it is leaves an impression and marks a memory.

i spent the day alone at the Moose Willow Ranch and it was what the Hero of Horse Creek (who went to bed last night at 8:30pm) needed. i did all the things: the laundry, the dishes, the food prep, the change-out of clothes in drawers-and-future-boxes, and packaging up boxes and bags for QuinnandAlice, and Pipes. and i made a shirt. but i did it all in silence…or only the sound of the music i chose. i also skied up to the bottom of Touch-the-Sky-Island and i was overheated like cray! Everything unzipped, no gloves, no back pack, two layers wrapped around my waist, HOT!

not the same as the -16 degrees i fumbled around in yesterday morning.

Hero of Horse Creek, just out here trying to moderate the extremes.

Foursome
The only sucky thing about Maui is how far away it is from Wyoming. Will be missing you big time, KBoss!
Always suspected I’d dig Maui. I was right. But those Bradys were full of bologna…there are no tarantulas here!
Miles of smiles.
Merry Christmas Eve
We celebrate winter.
Beats a trip to the supermarket.
It never gets old.
Fish on
10.
Been 30 years since we shared the same zip code…
2…6…19…
50 years seems like a remarkable feat. Thank you for teaching us that love is all there is.
Birthday Eve
Birthday Adam
That kinda month, I guess.
Chasing rainbows.
Follow Dream Your Life…Live Your Dream on WordPress.com